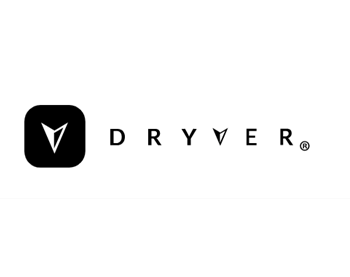 Michele Bozzuto of Mad Men Marketing has one heck of a view. Sitting in her Bay Street office, you can see the Main Street Bridge perfectly. She was even able to watch fire breathers and bar-goers from her window during One Spark. With prime real estate within Downtown’s creative district, selection this office space belonging to the 32202 zip code was no coincidence.

As an office, Mad Men is a laid-back environment. They didn’t want cubicles or closed doors – there’s open space, lots of windows, comfy chairs and, of course, there’s Emma, Michele’s chihuahua, who observes day-to-day activities in one of Downtown’s up-and-coming creative firms.

As a vice president and stakeholder, Michele is a passionate Downtown advocate. She sees the value in bringing her business, clients and friends Downtown.

“Being Downtown not only supports our efforts but also our clients’ efforts.” She invites each of her clients Downtown to Art Walk each month, One Spark in the spring, and lunch at one of her favorite urban eateries.

She touts the networking capabilities that have come with relocating from a bland office park in the Baymeadows area to the urban core. It is, she said, one of the best creative communities in Jacksonville. She also commends the nightlife Downtown: “There’s always something going on downstairs at Underbelly. It encourages us to work hard and stay late, so we have an excuse to enjoy the live music and drinks later.”

This Downtown devotee believes in what’s happening in the urban core. She credits Mad Men’s exponential success in the past year to their new location in the creative district. The consumer-driven marketing agency has grown from four employees in January to 15 in June.

Other positives to working Downtown? Michele claims there are too many to count. She says she sees limitless opportunities in such a unique area, and she loves being a part of something that is on its way to something bigger. And, of course, her favorite lunch spot, Adams Street Deli, where she could “live off the chicken fried rice and shrimp sauce” doesn’t hurt either.

Her passion and excitement for Downtown is contagious as she tells me that “Downtown is happening, Downtown is cool.” Yes, Michele Bozzuto has one heck of a view indeed. Especially her point of view on Downtown Jacksonville.

Let us count the ways: tons of Downtown fun July 4