In the decades following the Civil War, the LaVilla neighborhood in Jacksonville, previously known as “The Harlem of the South,” was a booming location for members of Jacksonville’s African-American community. This was the starting place of many of the city’s most prominent Black community leaders. Today, little is left of this once vibrant hub. Thankfully, organizations like the Jacksonville Historic Society are helping preserve the remaining structures that once stood in Jacksonville’s Jazz Era entertainment district. 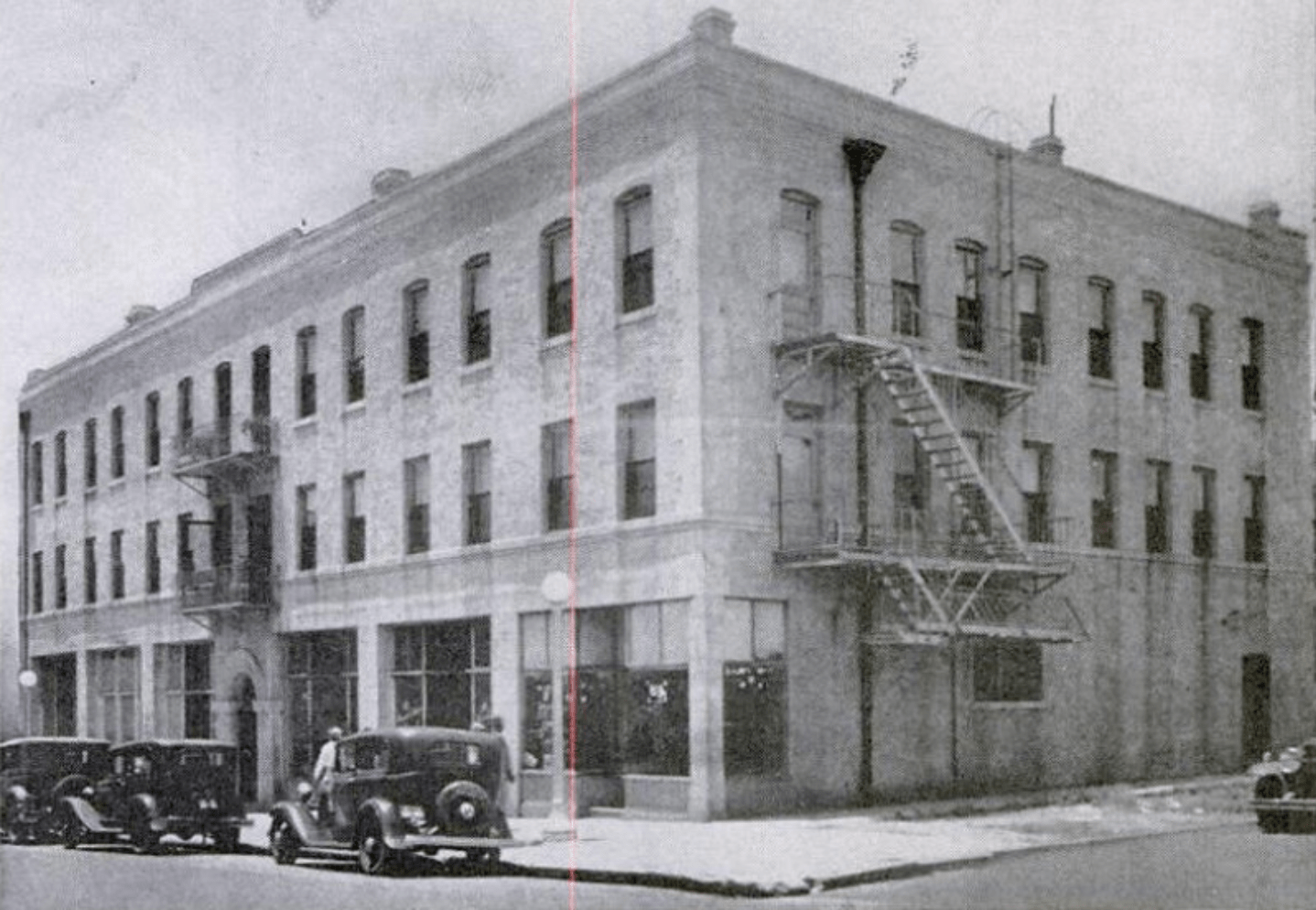 Image courtesy of the Jaxon Magazine

Built in 1909 by George and Alice Kilpatrick, the Richmond Hotel was one of the finest hotels in the city for African-Americans during LaVilla’s blues and jazz era. Featuring 48 rooms, its visitors included Duke Ellington, Cab Calloway, Ella Fitzgerald, and Billy Holiday, to name a few. Many musicians would stand on their balconies to charm the crowds that came to see them perform. Following desegregation, the hotel was forced to close its doors in 1969. Delo Studios occupies the hotel’s ground-level spaces today. Before them, these spaces were previously lived in by several jazz and blues era businesses. 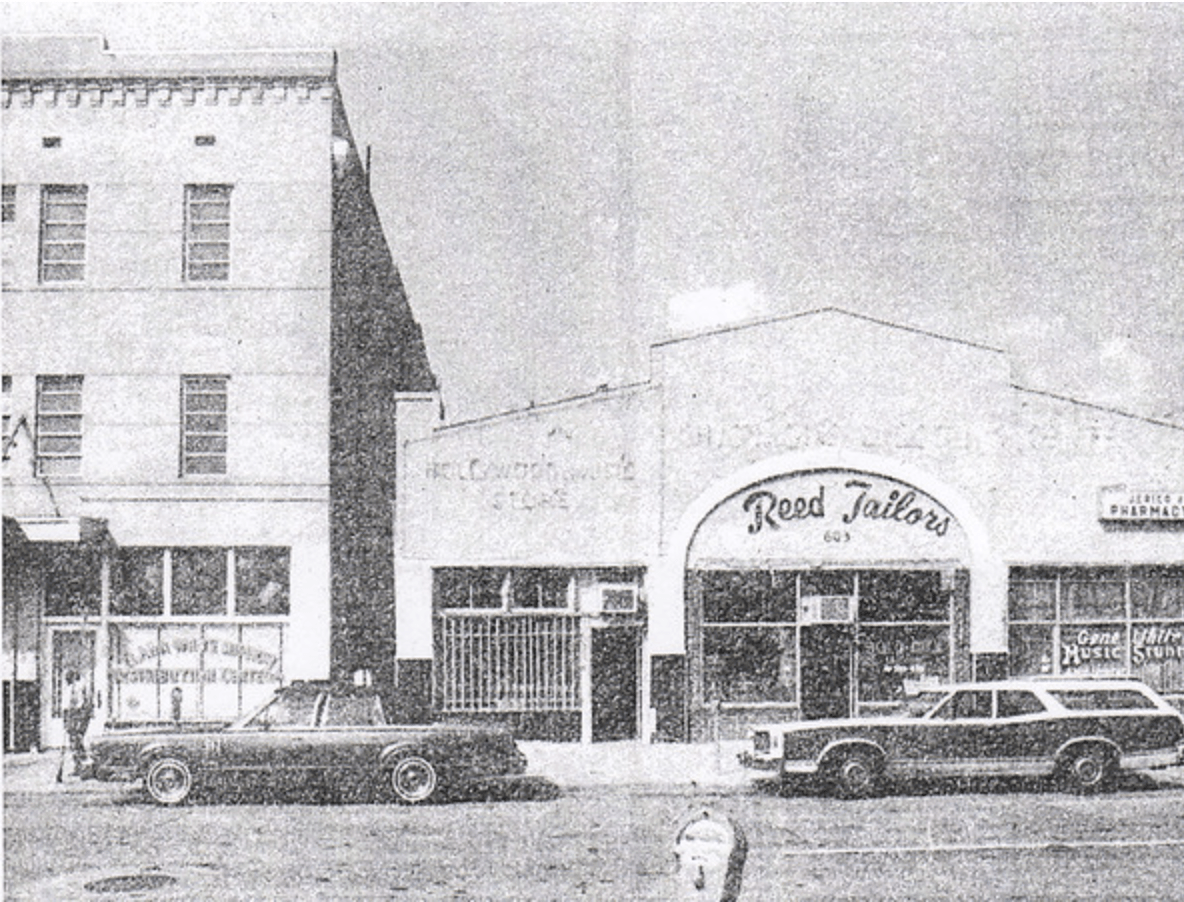 The Clara and Eartha White Mission:

Clara White’s “mission” began at her home, with the simple wish to help those in need. Built in 1907, the Eartha and Clara White Mission facility is the oldest African American mission in the state of Florida. After purchasing the building in 1932, Eartha White transformed the space into the mission’s center for both work and residential purposes. Eartha White had many influential friends who were visitors to her guest room over the years, including Mr. and Mrs. Booker T. Washington, Dr. Mary McLeod Bethune, James Weldon Johnson, his brother John Rosamond Johnson, and first lady Eleanor Roosevelt. Today, the Clara White Mission works to reduce homelessness and hunger in our communities through sustainable food programs, advocacy, housing, and job training. 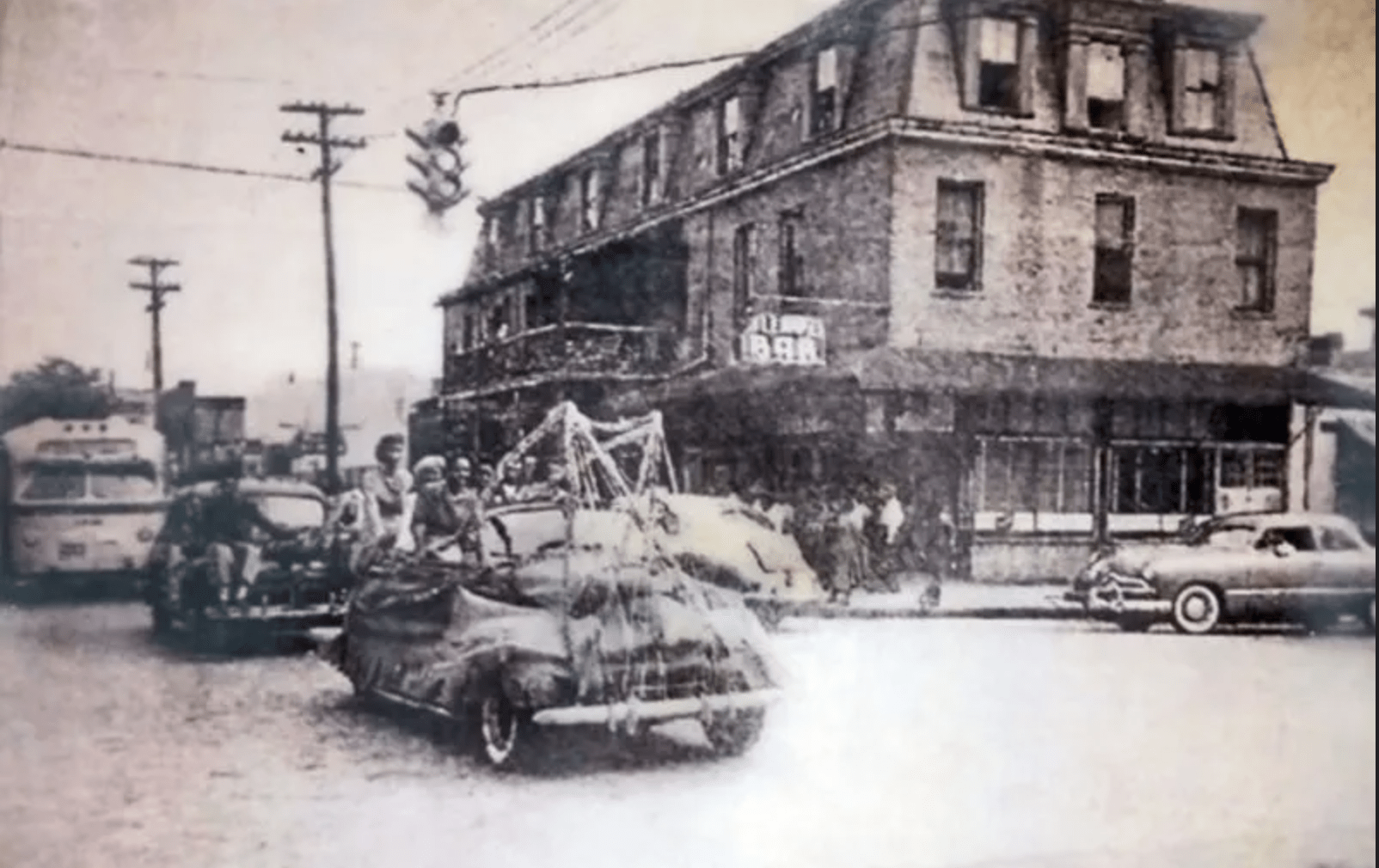 The Wynn Hotel when it was the Genovar’s Hall: Image sourced from Abandoned Florida

Seen from this guest room window on the corner of Ashley and Jefferson Streets stands the old Wynn Hotel & Lenape Tavern. Unemployed musicians would pass time at the still-standing horse-hitching posts, also known as the “rails of hope,” in hopes of getting a gig with the bands playing in the downstairs tavern. One of these gentlemen was a young Ray Charles, who lived just around the corner on Church Street, and was a frequent visitor to the Wynn, as was soon-to-be “Godfather of Soul” James Brown and Louis Armstrong. Located in historic LaVilla, the Clara White Center is one of the oldest surviving structures from the Jacksonville Fire. Image by Florida Times-Union / Bob Self

The LaVilla neighborhood of Jacksonville was the birthplace to who may be the most accomplished person to come out of our city, James Weldon Johnson. The LaVilla native was Florida’s first African-American lawyer after Reconstruction. Later, he became the principal of Stanton High School, which he shaped into the state’s first black public high school. He was a U.S. Consul to Venezuela and Nicaragua as well as the first African-American head of the NAACP.

A respected university professor, Johnson also had a literary genius that made him very well known in the Harlem Renaissance. His most famous poem “Lift Ev’ry Voice and Sing” was first performed at Historic Stanton School on February 12, 1900, and has since been considered as an African American national hymn. Principal Johnson and 500 schoolchildren performed this song for Booker T. Washington in celebration of President Abraham Lincoln’s Birthday. The school was named in honor of Lincoln’s Secretary of War, General Edwin M. Stanton, an outspoken abolitionist. In celebration of the 122nd anniversary of this famous performance, there will be festivities in James Weldon Johnson Park on February 12th from 11 a.m. to 4 p.m., as well as special programming from 11:30 a.m. to 12:15 p.m. All proceeds from this event will go to Historic Stanton Inc., a non-profit organization and cultural facility created to inspire, educate and empower future generations of our city. Image by the Melanin Market

Melanin Market is hosting the Black History Month Parade & Market on February 19th from 11 a.m. to 4 p.m. Started by Dawn Curling and Angie Nixon, they opened the market in 2017. The market provides a space that increases accessibility to the products and services of minority-owned businesses. Hosted in the historical African American community on A. Philip Randolph Boulevard, you’ll find a myriad of small business vendors and be able to participate in the 6th Annual Black History Parade, which will begin at TIAA Bank Field and end at the Melanin Market. The application deadline to participate in this market ends on February 12th. Built in 1929, the Ritz was a major spot for nightlife in the LaVilla neighborhood. Ray Charles was a frequent addition to various groups here before he’d make it big independently. Today, visitors are able to explore the Ritz Theatre & Museum and learn about Jacksonville’s African American heritage through stories of James Weldon Johnson and John Rosamond Johnson. The museum has recreated Jacksonville streets of the 1900s to depict the daily lives of their inhabitants at the time. Stay up to date on their events as they are hosts to nationally acclaimed African American performers almost every weekend.

Happy Black History Month #DTJax! May we continue to acknowledge our history while shaping our future for the better.